This document describes an issue concerning Microsoft PowerPoint when used from within Internet Explorer. It has been discovered that PowerPoint allows an attacker to load an arbitrary HTML page from the Temporery Internet Files folder.

This issue has been tested on a Windows 2000 SP4 system running Internet Explorer 6.0 SP1 with the latest patches applied. The following versions of Office were tested:

This issue affects Office 2000 and Office XP SP0. It appears that this issue has been addressed in Office XP SP1.

Because of this, Office documents can be integrated within the current browser session. The user does not have to switch between different application windows. Another interesting thing is the fact that Office applications can render HTML. By setting the Content-Type HTTP header for an HTML page, developers can easily load their HTML page as if it were an Office document. This way, it is possible to 'export' a document as an Excel document without actually creating a 'real' Excel document. This behaviour is demonstrated in the following example:

A vulnerability has been discovered in the reload mechanism of PowerPoint/Internet Explorer. By setting a special Content-Disposition HTTP header, it is possible to trick Internet Explorer into loading the PowerPoint presentation as an HTML document. Because the reload causes the page to be loaded from the Temporary Internet Files, it is possible to execute arbitrary scripts within the security context of the Temporary Internet Files folder. For a demonstration, see example 3.

A proof of concept has been created that exploits this issue. This proof of concept will load a PowerPoint file. When the user scrolls down, Internet Explorer will reload our PowerPoint document as an HTML document. This causes some JavaScript code to be executed, which will try to read a certain set of files from the Temporary Internet Files folder. 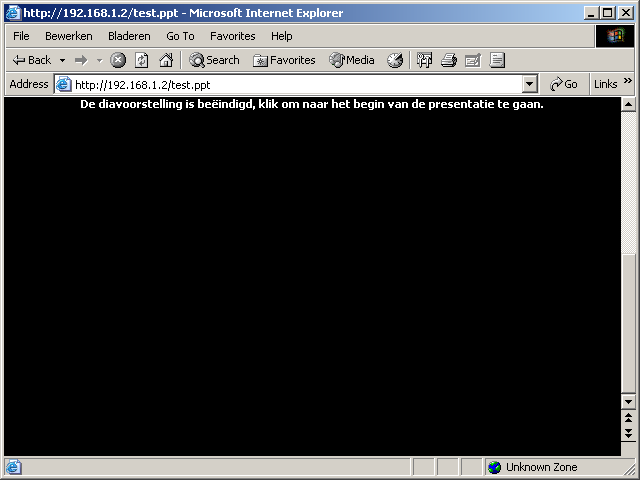 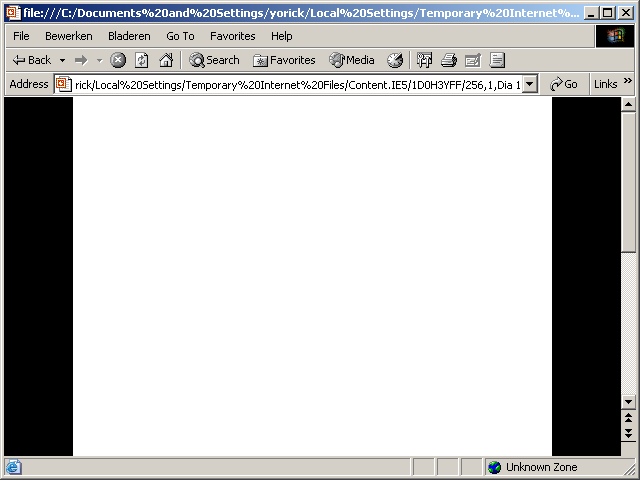 This issue is primarly an Office issue. It issue is triggered by the fact that PowerPoint uses Internet Explorer to reload itself. PowerPoint should be capable in reloading itself using the current PowerPoint instance. It appears that as of Office XP SP1, PowerPoint does exactly this.

It should be noted that when running Office XP or Office 2003, a warning message is displayed when a user tries to open an Office document. However, most user will discard this message, because they are used to open Office documents from within Internet Explorer.

Some limited tests were performed on Windows XP SP2. Windows XP SP2 is also affected by this issue, however the proof of concept that tries to load arbitrary files will fail when a non-existing file is requested. In this case Internet Explorer will display a message box saying that a certain file does not exists. On some systems, the Temporary Internet Files folder may contain temporary files from Outlook Express. These files contain copies of e-mail messages and have predictable file names (wbkXXX.tmp).